Does Anyone Know Where We Worship?

It shall come to pass in the latter days that the mountain of the house of the LORD shall be established as the highest of the mountains, and shall be lifted up above the hills; and all the nations shall flow to it. – Isaiah 2:2

The location of our church is both a blessing and a challenge. We’re nestled in a wonderful community and a convenient drive from downtown, Orange Park, and anywhere on the Westside. At the same time, our location presents a bit of a challenge. We’re not as recognizable as other churches in our community. We’re tucked in behind two others, just far enough off the highway to go unseen, and we’re sometimes even mistaken for other churches with “Ortega” in their names.

The author of Hebrews exhorts God’s New Covenant people to worship the Lord with reverence and awe (Heb. 12:28). The rationale behind this exhortation is that those in the New Covenant have come to Mount Zion, the city of the living God, which is the heavenly Jerusalem (v. 22). That is to say, heavenly as opposed to the earthly Jerusalem and the earthly Zion.

Mount Zion was the physical location of the temple, God’s chosen  dwelling place in the midst of his people. The earthly Zion was a type and shadow patterned after the heavenly. The shadow has faded now that the brightness of the real thing is shining forth, coming to light in Christ.

In the context of the letter to the Hebrews, the author was encouraging believers who were tempted to turn back to the smells and bells, the sights and sounds, and all the pageantry of temple worship. Despite appearances, we are those who truly worship in the presence of God. To be sure, believers from every era of redemptive history have worshiped in God’s presence and have possessed in Christ the substance of all spiritual blessings, but not to the degree or clarity of New Covenant believers.

Our current sermon series locates Israel at another mountain; not Mount Zion in Jerusalem, but Mount Sinai in Arabia. Remember the scene? The Lord descends in a great cloud. There is fire and smoke. There are streaks of lightning and claps of thunder, the sound of a trumpet growing louder and louder, and the very voice of God speaking to his people.

We may not think that the location of our worship offers much by way of comparison. We’re not able to touch the mountain, see or hear the awesome sights and sounds in the terrible revelation of God as the Israelites did at Sinai. However, we come by faith to  the heavenly Zion. Consider this location as Hebrews describes it: innumerable angels in festal gathering, the assembly of the firstborn who are enrolled in heaven, to God the Father, the spirits of the righteous who have been made perfect, and to the risen and ascended Mediator, Jesus Christ (v. 22-24).

In one sense, redemptive history chronicles a move from mountain to mountain; the mountain being synonymous with the presence of God and the location of the temple. We even find what some have referred to as a “gate liturgy,” begging the question  of Psalms 15 and 24 “Who may ascend into the presence of the holy one?”

Our first parents were situated in a garden sanctuary depicted as a mountain (Ezek. 28:13-14). Eden was an elevated source from which four rivers find their heads. As Adam and Eve are exiled from this place where God dwelt with them, they are barred from entering into his presence with the cherub’s flaming sword. Noah’s ark comes to rest on the mountains of Ararat where Noah worshiped God by sacrifice. The men of Babel are scattered after they attempt to “ascend to heaven” with their own man made mountain. Abraham is commanded to take Isaac to Mount Moriah where he and the lad will ascend to worship (Gen. 22:5). God makes covenant with Israel at Mount Sinai, where the last half of Exodus, all of Leviticus, and the early part of Numbers take place. Moses and the elders ascended the mountain part way to see, eat, and drink in God’s presence. Moses alone, as the Mediator of the covenant, was allowed to ascend the holy hill and “come near” to the Lord (Ex. 24:2). At the summit, God descended to meet with Moses, causing all of his goodness to pass before him (Ex. 33:18-19; 34:2, 5). The people leave Sinai, and God makes his dwelling in their midst by way of the tabernacle, what some have referred to as a portable Sinai…that is, until the hard copy is established on Mount Zion in Jerusalem. Zion then becomes synonymous with the temple and the presence of God. The Old Testament is replete with references to the “holy mountain” or “holy hill” of the Lord.

As the scene moves from summit to summit, two questions arise: where and who? Where will the holy mount of God’s presence finally be established and who may ascend the hill? Both of these questions are answered in the person and work of Christ. In him is the fulfillment of all types and shadows. He is the high priest who answers the Psalmist’s question, “Who shall ascend the hill of the Lord? And who shall stand in his holy place. He who has clean hands and a pure heart.” He entered once for all into the holy place, the tabernacle not made with hands, offering his own blood as an atoning sacrifice (Heb. 9:11-14). His sacrifice has brought an end to shadowy temple worship, for he is the substance. Indeed, he is the true temple (John 2:19-23), the meeting place between God and man. His people need not come to an earthly mountain, for their High Priest ministers in the heavenly sanctuary where they too have been raised by virtue of their vital union with him through faith. In Christ, the typical and symbolic mountain has become the “last days” mountain promised in Isaiah chapter two that would be established as the highest of the mountains and lifted up above all hills. As Stephen Dempster fittingly puts it, “Zion has become Everest” and the nations gather to it like water flowing uphill as Christ draws all men to himself in the heavenly Jerusalem (John 12:32).

We may not be able to reach out and touch this mountain, but it is no less real. Mount Zion is where you worship, O Christian: the heavenly mountain of God. Approach the Lord’s Day with this knowledge. See you on God’s holy hill! 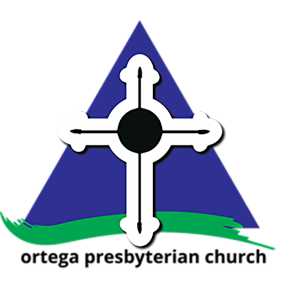 Join Us This Lord's Day!